Gold Coast Hospital Foundation is the official charity for Gold Coast Health. As a locally-based community organisation, we raise funds to support patients and their families by delivering local health programs and projects. Our purpose is to relieve medical hardship caused by illness, injury or disability while supporting the incredible patient care provided by Gold Coast Health medical professionals.

With no government funding, the Foundation relies on the generosity of its valued supporters, sponsors, corporate partners, community groups and individuals who raise crucial funds through donations, events, appeals, bequests, regular giving and other fundraising activities.

Together with this wonderful support, the Foundation is committed to raising much-needed funds to benefit the health and well-being of children and adults across the Gold Coast region. The Foundation does not fund anything that government budgets provide, but rather delivers a range of vital support programs that would not otherwise be available to patients and their families at local public hospitals and community health facilities.

We fund and deliver the vital extras to improve patient care and comfort including:

No one in our community experiences hardship caused by illness or disability.

To aid our community in times of need

More than 200,000 babies, children and adults across the Gold Coast and further afield are supported during their treatment and recovery in hospital.

To be open and accountable to the people we serve.

To have the community’s best interest at heart.

To strive for outstanding performance and outcomes.

To listen, value and acknowledge each other.

To treat others with understanding and sensitivity.

To take ownership and enable each other to achieve more.

Those objects, as identified in the Hospitals Foundations Act 1982 (Qld), for the relief of poverty and distress of humans in Queensland caused by illness or disease.

To exist as a charitable, not-for-profit, public benevolent institution and to function as such, with excellence, for the purpose of achieving the Primary Objects.

The relief of poverty and distress, such as sickness, disability, destitution, suffering, misfortune or helplessness, of humans in Queensland, but particularly the Gold Coast, caused by illness or disease.

Gold Coast Hospital Foundation is a charitable Public Ancillary Fund that raises money to fund activities and projects that help improve the care delivered at Gold Coast Health facilities including Gold Coast University Hospital. The Foundation operates according to the following Acts and requirements:

The Foundation’s status as a Public Ancillary Fund was approved on 29 May 1995. In December 2015, our status changed to being endorsed as a Deductible Gift Recipient Type 1 as a Public Benevolent Institution.

The Foundation secures income through both philanthropic fundraising and commercial income activities including vending machines and sponsorship. Having a mixed-income strategy allows the Foundation to secure a stable and reliable income base from which to plan well for the future and to engage with the local community who are keen to support public health care. 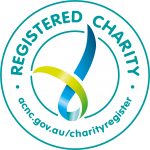 Learn more about the Foundation and the impact of our work across the Gold Coast community.