When doctors diagnosed Lisa Gilmer with terminal brain cancer she was given only three months to live.

Three years later and the 49-year-old remains a survivor of the lethal disease.

“The only reason I was diagnosed was because my mother came home and found me collapsed on the floor,” the Gold Coaster said.

“Before that I’d been sick for a long time and no one could tell me what it was. I knew something was wrong and I don’t know how many doctors I’d been too.

“I’d been getting seizures down my arm at night, bad enough to wake me up and I thought I had chronic fatigue syndrome. I even joined a support group for it.

“I was so tired all the time I had to give up work. I tried to explain to doctors but they really didn’t understand. So, in one way, the diagnosis didn’t come as a great shock.” 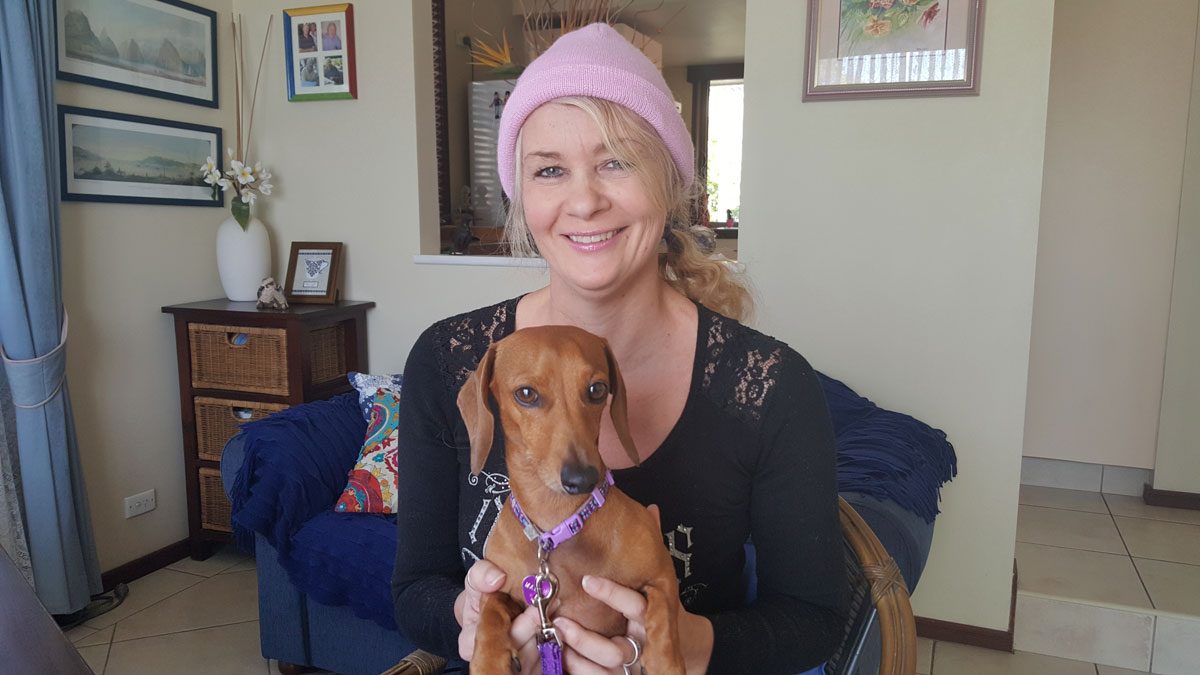 “They gave me three months… but I’ve always been a bit stubborn. I’m still here,” she said.

“It’s the hardest thing I’ve ever been through.”

Ms Gilmer has been using Gold Coast Hospital Foundation’s Cancer Patient Transport Service to get to and from treatments for the past three years.

The service makes close to 6,500 trips annually for about 1,000 patients and Ms Gilmer said it was invaluable for cancer sufferers.

“You have to think of former Mayor Ron Clarke (who established the service in 2009 in memory of his late daughter Monique who passed away from cancer)… all these patients… they couldn’t survive without the service,” she said.

“You have to have it. If it was shut down people just wouldn’t go to hospital. They couldn’t get there – they just couldn’t do it. The service is just so important.

“And the staff are absolute legends. They’re amazing. They need their handprints put in the pavement.”

She said despite the huge challenge of her incredible fight against the disease, and at times feeling like giving up, the staff at the transport service and the hospital always had a way of making her feel more positive.

“People don’t understand what you are going through. They can sympathise but you can’t describe it to anyone. You feel like you’re in your own world… that you’ve gone into another world. You just have to fight it but it never really seems to end,” she said. 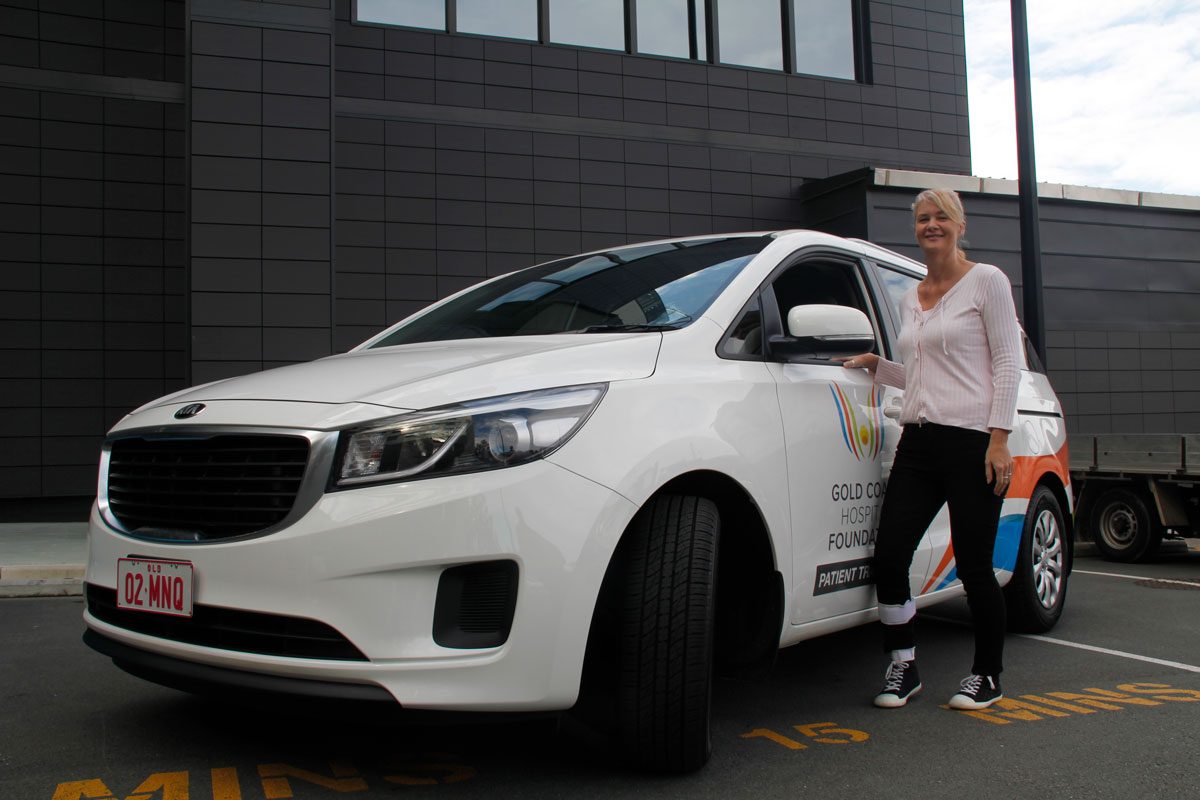 Despite her mammoth battle, Ms Gilmer has tried to fill her time with positive activities, one being to write children’s book, The Stripy Dachshund, which will be on sale at Gold Coast Hospital Foundation’s Care for Cancer lunch on March 16. All funds raised from sales of the book will go to the Foundation to help keep the transport service up and running.

“The Foundation has been my absolute lifeline. I couldn’t have done it without them,” she said.

“I couldn’t have done it without Gold Coast Hospital Foundation because their transport service is awesome. The staff is awesome. You can’t get to the hospital without them. You can’t rely on other people. You need them to get you there.

“People don’t always understand that you have to go to hospital at set times. You have to be there and they’ll say they’ll do it, but they haven’t got time and so that service is a lifeline, an absolute lifeline.”